BIKI is the world’s first bionic underwater drone that is also the only underwater robot featuring automated balance, obstacle avoidance, and return to base. By supporting a 4K camera, BIKI presents you with the best view from underwater. BIKI, the smallest but strongest. Through this intelligent robot fish, you can visualize the underwater world from a completely new perspective. BIKI is not only an almighty underwater drone but also a robot pet full of emotions. Now, just tell BIKI what you want to do! 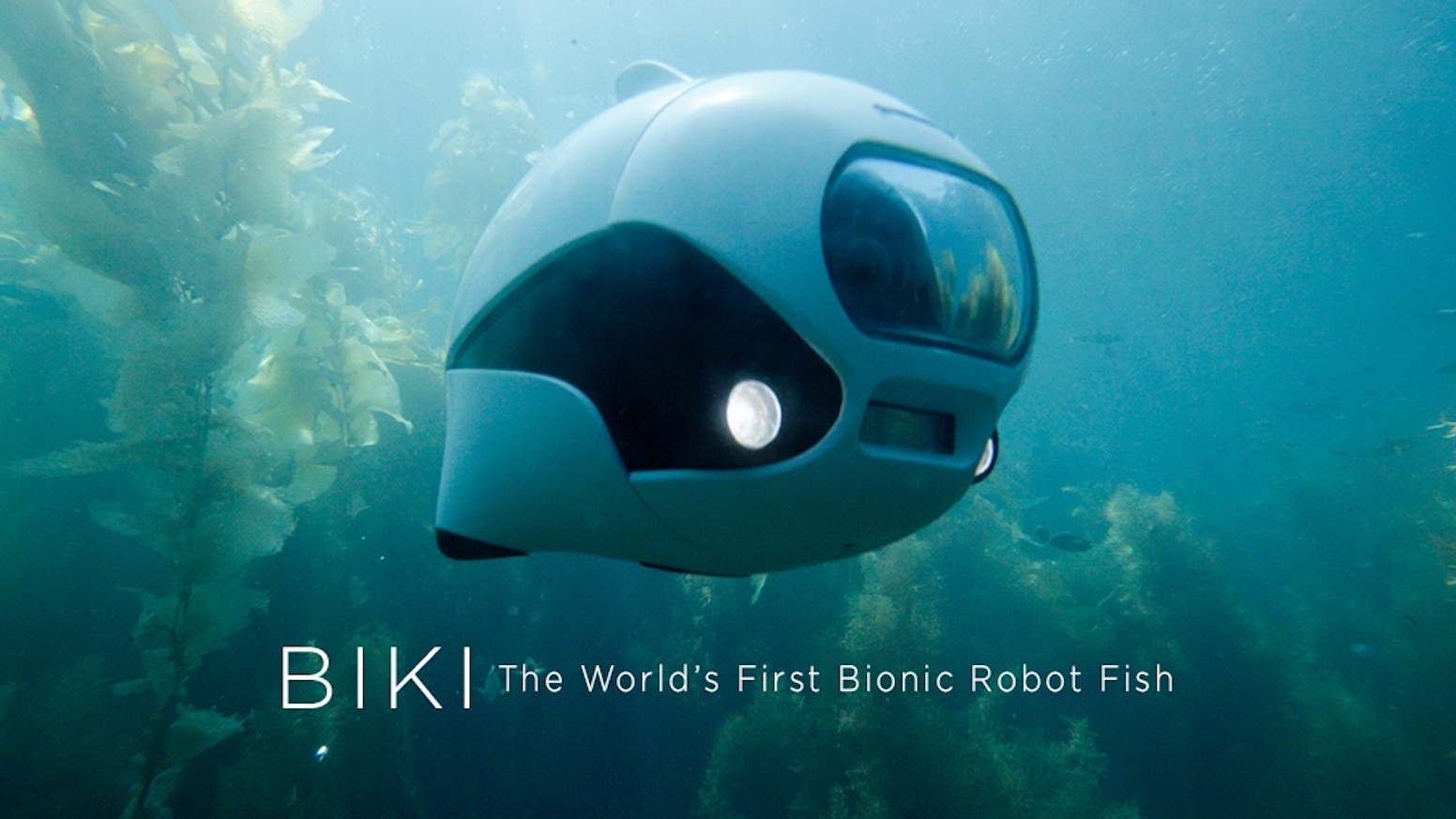 BIKI is the world’s first bionic underwater robofish. You can swim with the camera for 90-120 minutes and at a depth of up to 196 feet. Enjoy diving? What about swimming with BIKI to see the underwater wonderland. BIKI can be suspended in the water to swim with    you. 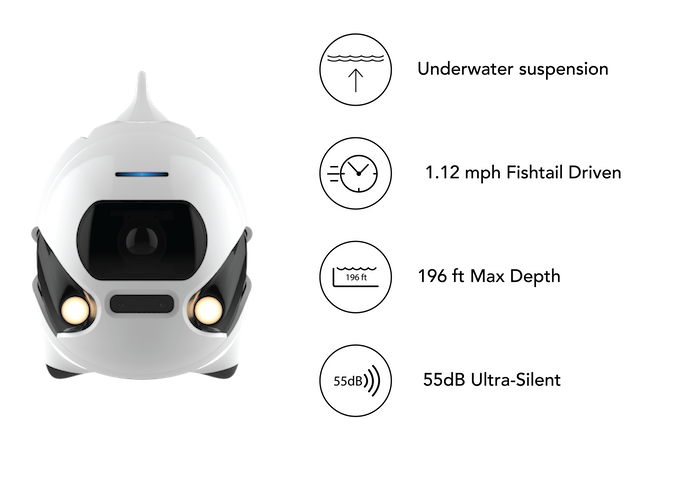 A Tiny but Powerful 4K Camera

With its built-in 4K camera and 150-degree wide-angle lens, BIKI lets you explore the underwater world at depths of up to 60 meters. And no matter how cold and gloomy it is down there – the drone won’t tremble: thanks to a camera stabilizer, two lights and a camera platform that can be tilted and rotated. BIKI is supposed to capture every scene in razor-sharp detail. With a good 2.2 hours of video material or over 5000 photos on the internal 32 GB memory, you’ll definitely find some useful holiday snapshots for your photo album or social networks.

You got an iPhone to take a selfie. Do you also want to capture your underwater moment? Now here is BIKI. You will be able to capture the most beautiful moments in your life by shooting with BIKI’s powerful 4K camera.

So that BIKI does not get lost in the vastness of the sea, he is dependent on your command. The dive drone can be navigated underwater with a handy waterproof controller. On surface, it works via WLAN with an app. Since BIKI can convert sound waves of different bandwidths into electronic signals, it can be controlled in real time in shallow waters. If you want the robot to look around in deeper regions constantly, you can pre-program its route and dive depth using an app. Temperature differences between 0 and 70 degrees, adverse offshore environments or treacherous coral reefs are no problem for the robust Aqua inspector.

What’s in the box