An uprated camera is equipped with a 1-inch 20-megapixel sensor capable of shooting 4K/60 fps video and Burst Mode stills at 14 fps. The Flight Autonomy system includes five vision sensors for 2-directional obstacle sensing and forward-vision obstacle avoidance. The adoption of titanium alloy and magnesium alloy increases the rigidity of the air frame and reduces weight, making the Phantom 4 Advanced even lighter than the Phantom 4. 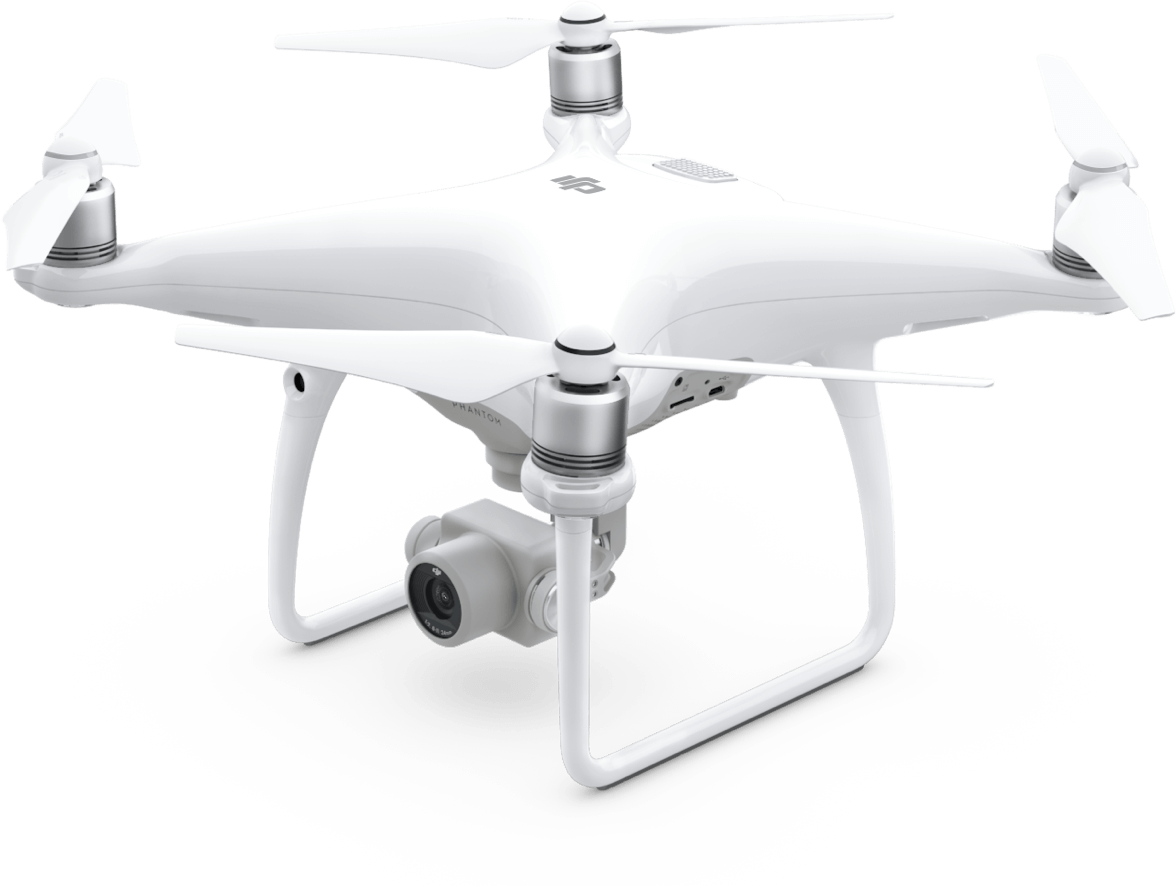 The onboard camera is equipped with a 1-inch 20-megapixel CMOS sensor. A mechanical shutter is used to eliminate rolling shutter distortion, which can occur when taking images of fast-moving subjects or when flying at high speeds. In effect, it is as powerful as many professional cameras. More powerful video processing supports H.264 4K videos at 60 fps or H.265 4K at 30 fps, both with a 100Mbps bitrate. Excellent optical performance, sensors, and processors ensure everything is captured with high dynamic range and more image detail needed for advanced post-production. 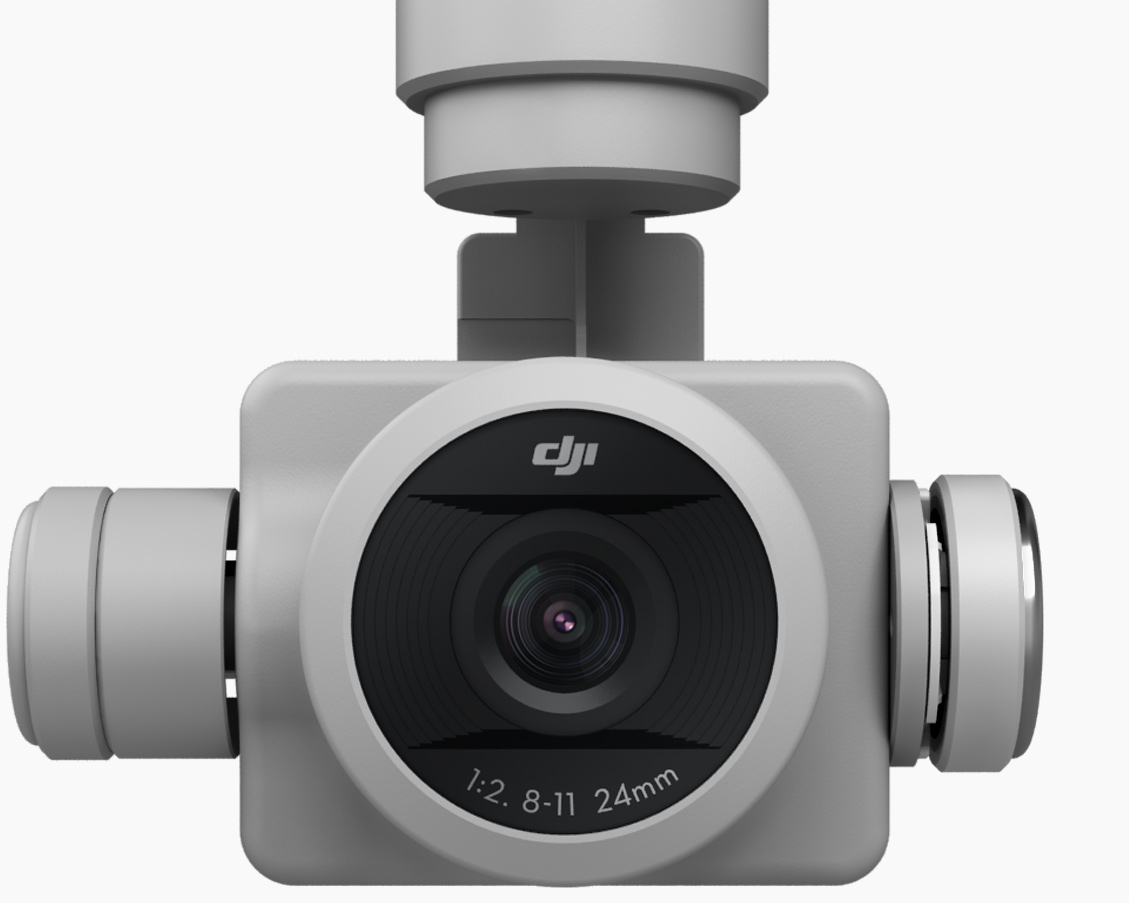 Equipped with DJI’s Flight Autonomy system made up of five vision sensors, dual-band satellite positioning (GPS and GLONASS), ultrasonic rangefinders, and redundant sensors, the Phantom 4 Advanced can hover precisely in places without GPS and navigate complex environments. The dual forward vision sensors can see as far as 30 m out in front, enable auto brake, and hover or detour in front of obstacles within a 15-meter range. 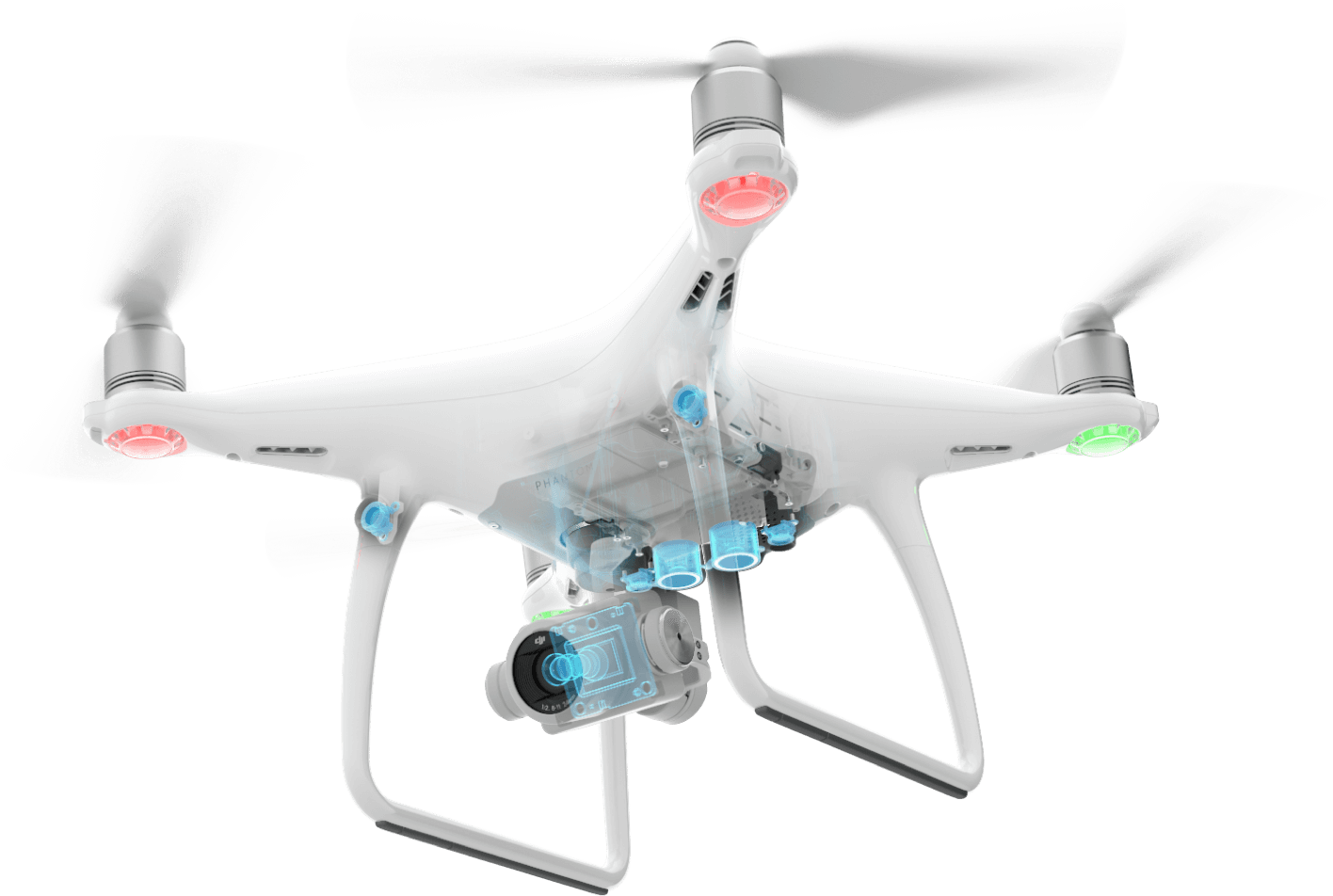 Following fast-moving objects can be very challenging. However, superior image recognition algorithms used by the Phantom 4 Advanced allow it to recognize and track an object while keeping it in frame. This new algorithm also recognizes a broad range of subjects, from people, vehicles, and animals, and will adjust its flight dynamics accordingly for smoother shots.

Pilots can now choose between:

Trace – Follow behind or in front of a subject, avoiding obstacles automatically.

Profile – Fly alongside a subject at a variety of angles to get profile shots of the subject.

Spotlight – Keep the camera trained on a subject while the aircraft flies almost anywhere. 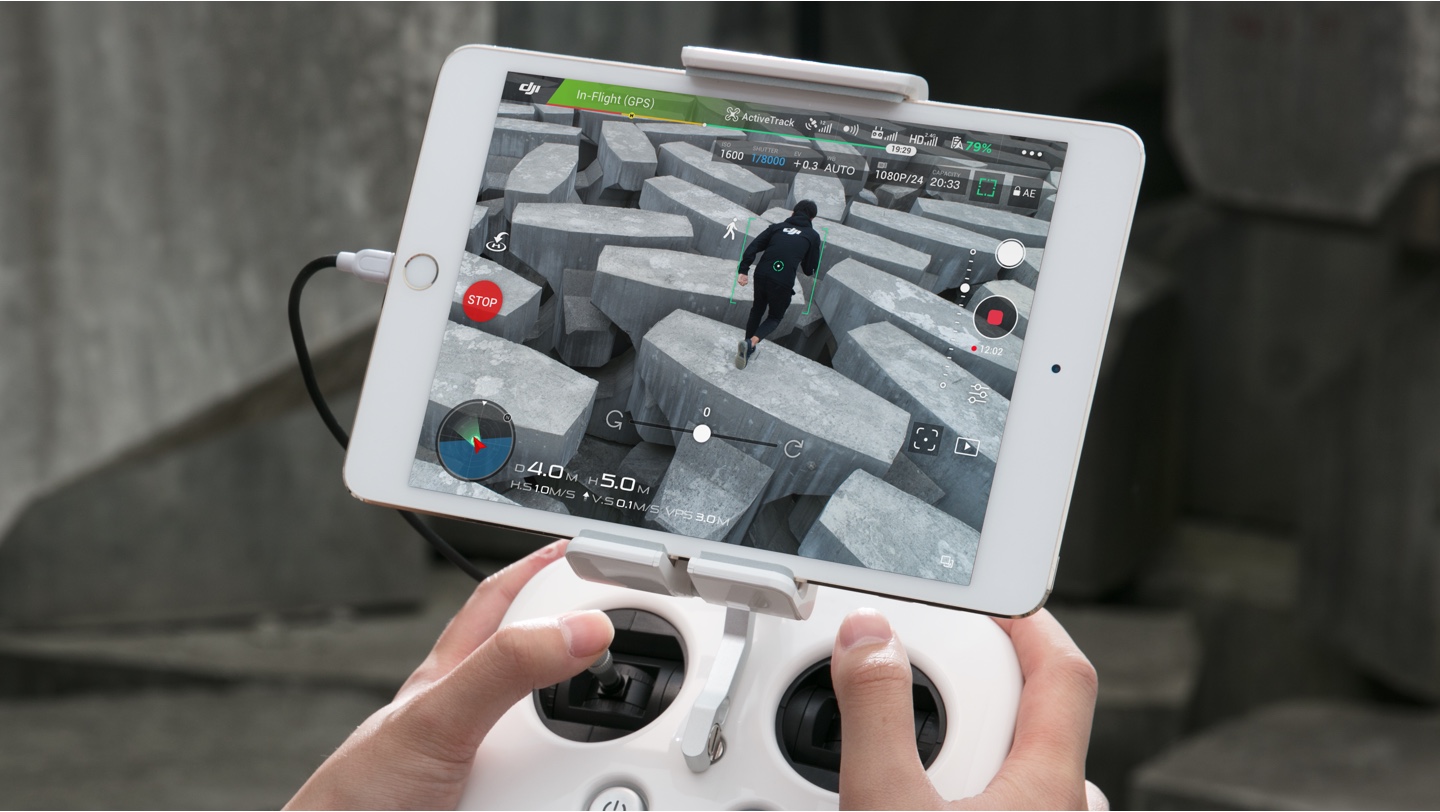 Fly in any direction visible on-screen with a simple tap. Tap anywhere on the screen to smoothly adjust the direction of flight while automatically avoiding obstacles. Tap the screen again or use the control sticks to change direction. A new AR route function shows the aircraft’s real-time flight direction for reference. It can be difficult to control altitude, course, speed, and camera pitch simultaneously using the control sticks. TapFly Free allows a pilot to set the direction of flight, allowing them to turn the Phantom 4 Advanced or tilt the gimbal as required without changing flight direction. In total, there are now two Tap Fly modes:

Tap Fly Forward – Tap to fly in the selected direction.

Tap Fly Free – Lock the forward direction of the Phantom without locking the camera direction allowing it to turn as it flies. 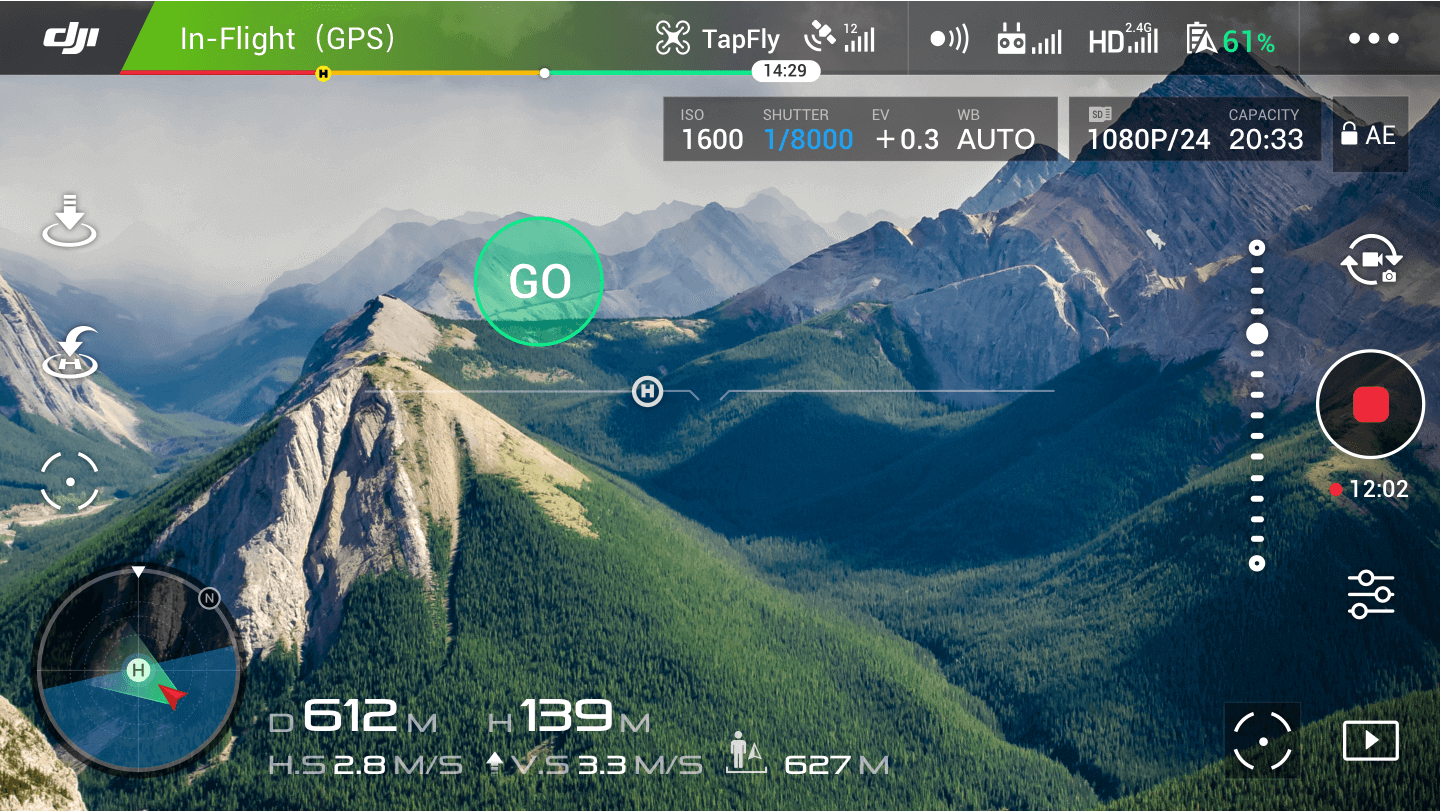 In its Return to Home mode, the Phantom 4 Advanced can automatically choose the best route to return home depending on environmental conditions. It records its route as it flies, allowing it to return along the same route avoiding obstacles if the control signal is disconnected.Based on its altitude at the time of disconnection, the Phantom 4 Advanced is also able to adjust its flight path to avoid obstacles it has seen during the flight. At takeoff, the Phantom 4 Advanced records the scene below and will compare its recording with what it sees as it returns for a more precise landing. It can also detect the ground to see whether there is a suitable spot for landing. If any obstacles are found, or if there is water on the ground, it will alert the pilot and hover at an appropriate height, helping the aircraft land safely. 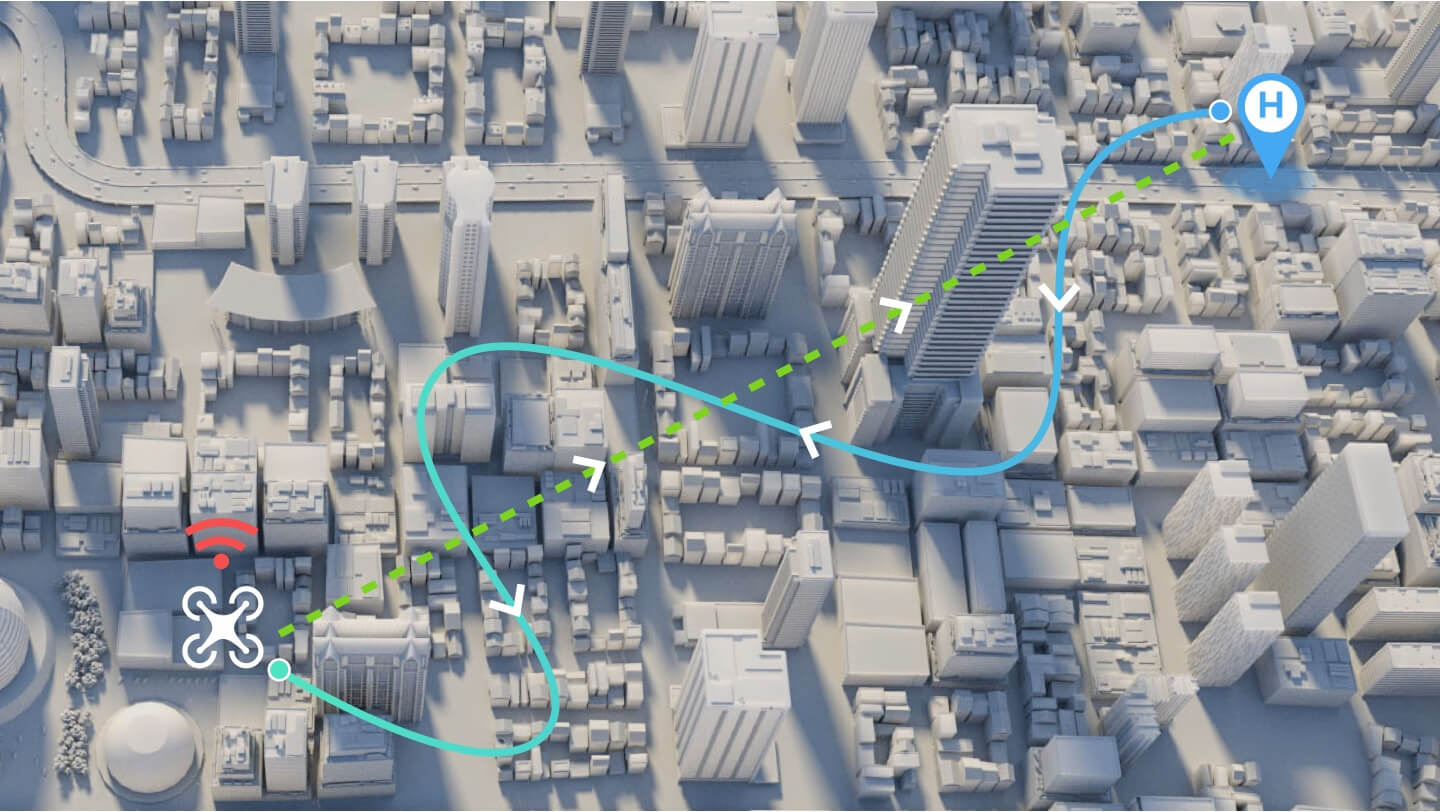 Draw is a brand new technology for waypoint control. Simply draw a route on the screen and the Phantom 4 Advanced will move in that direction while keeping its altitude locked. This allows the pilot to focus on camera control and enables more complex shots. There are two Draw modes that can be used in different scenarios.

Using Gesture Mode, selfies can be captured easily using a few gestures. Advanced computer vision technology allows the Phantom 4 Advanced to follow instructions through gestures. To take a picture in Gesture Mode, a person simply lifts their arms when facing the camera. The aircraft will recognize this movement by locking on to them, placing the person in the middle of the frame. When ready for a photo, the person holds their arms out to signal the aircraft. A three second countdown will begin, enough time to strike a pose. Now all these moments can be captured without a remote controller in sight. 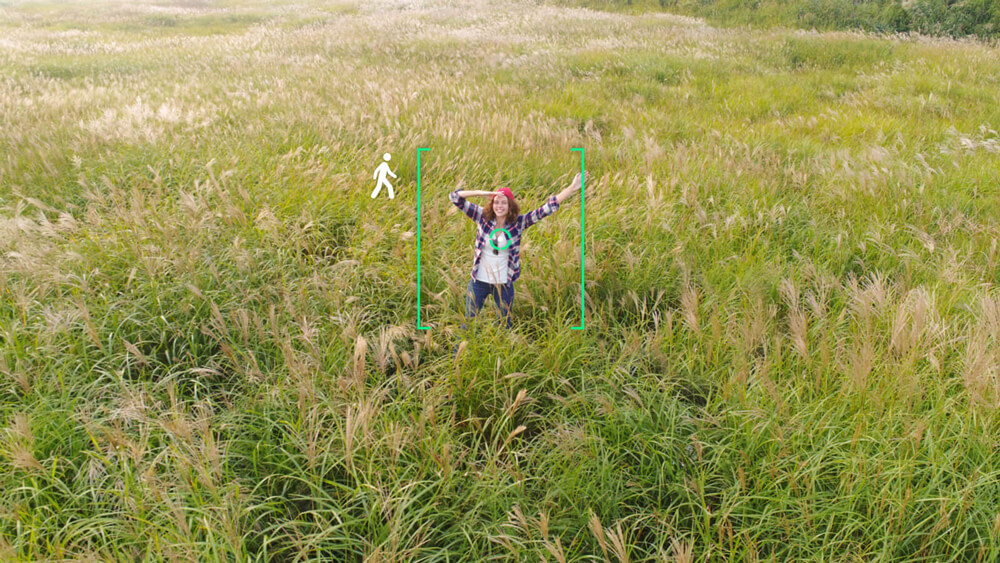