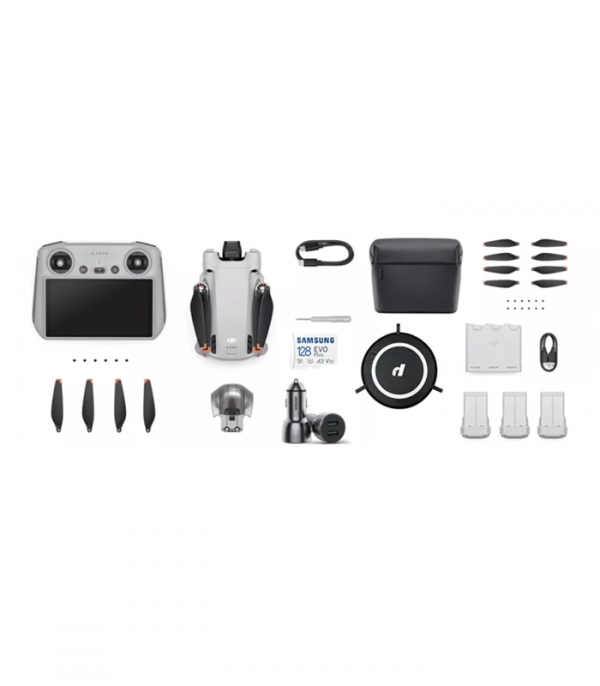 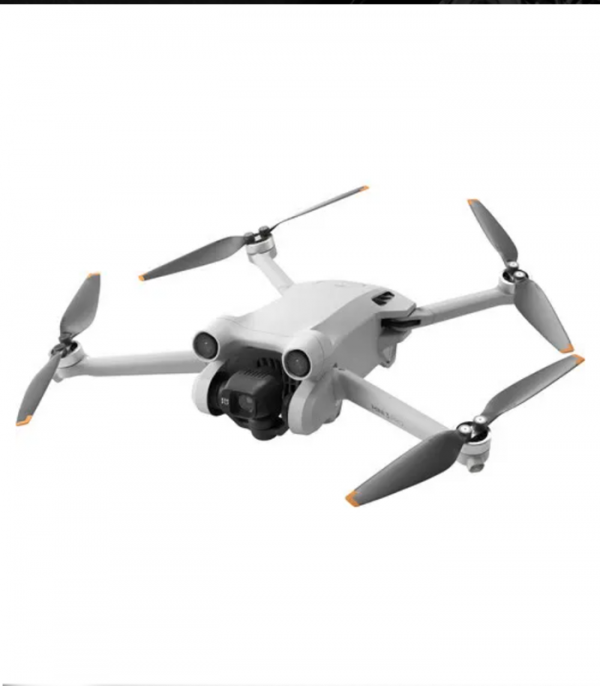 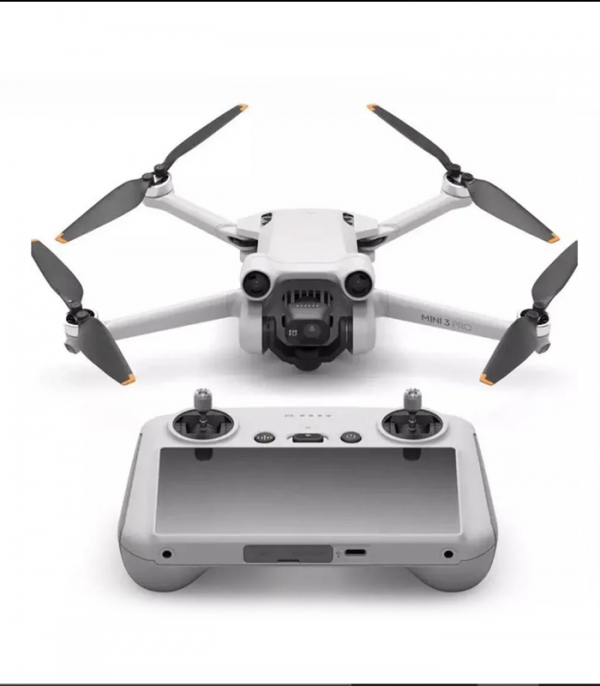 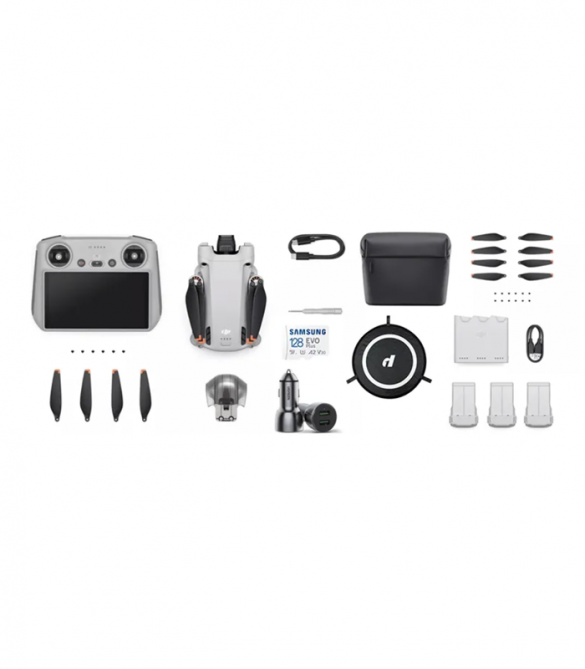 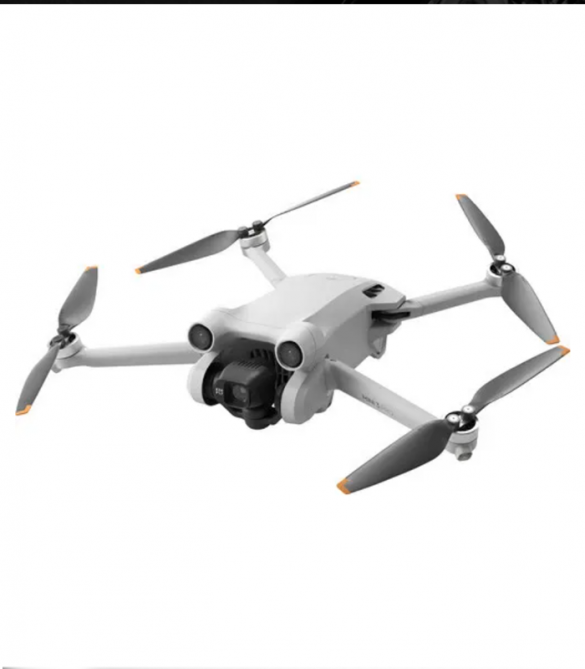 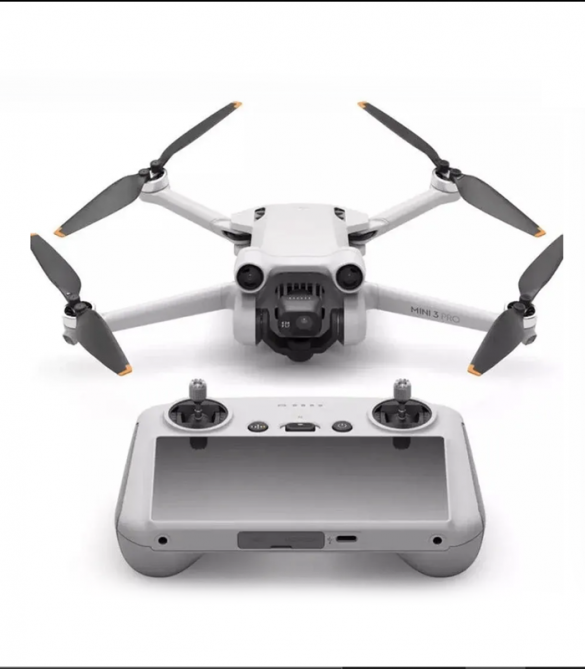 At 145x90x62mm (5.7 x 3.5 x 2.4 in.) folded down, the Mini 3 has a longer, wider, and more robust frame than its predecessor. The propellers are longer, and the frame’s material is lighter to keep it under 250g. The 3850mAh batteries are inserted into the back of the aircraft. There aren’t any lights or a button to power them on; they must be inserted in the drone or charging station to get an indication of how much charge is left.

The Mini 3 has a three-way obstacle detection and avoidance system. Sensors can be found on the aircraft’s top, bottom, and rear. There are no sensors on the sides. This is similar to the Mavic Air 2, whereas the Mavic Mini and Mini 2 don’t have any such sensors. There is no auxiliary light on the bottom for landing.

APAS 4.0 isn’t DJI’s latest autopilot system, with version 5.0 found on more advanced models, including the Mavic 3 series. It automatically identifies obstacles and creates a path around them and is highly effective when recording up to 2.7K/30p video. While it works with 2.7K/60p video, I didn’t find that it wanted to bypass obstacles and halted the drone on my own. APAS does not work when 4K video is activated.

In the video above, APAS detects the tree and maneuvers around and over it.

The Mini 3 Pro can be purchased without a remote since it’s compatible with the RC-N1 controller. If you already have a Mini 2, Mavic Air 2, Air 2S, or standard Mavic 3, you can use that same controller to power this drone. It’s lightweight and can accommodate most.

What is a Fly More Kit and what is in it?

What DJI did here is pretty nice. Instead of only allowing you to bundle the extra accessories and carrying case with the drone, they made it separate. Giving you a choice to buy the drone first, make sure you like it, then invest the extra money in the Fly More Kit while also locking in that bundle discount. Below is a list of items included in DJI’s Fly More Kit:

The DJI RC remote comes with the Mini 3’s top-of-the-line Fly More Combo. It is a vast improvement over the DJI RC Pro, which is also compatible. Lightweight (385g vs. the DJI RC Pro’s 680g weight) and ergonomically friendly, the wheels, found on top of the remote to adjust the gimbal tilt and digitally zoom in and out, are more pronounced and make maneuvering the camera a breeze. There are slots for the joysticks, and their base is thicker.

The front of the remote is also pared down. Instead of having a back button, you simply swipe the screen to navigate the app. When testing out the Mavic 3, I left the joysticks screwed into the remote and put it in the carrying case. One of them bent and couldn’t be used. This doesn’t seem like an issue with the RC controller. They are sturdier and have a dedicated slot for storage.

Vertical video makes a comeback on the Mini 3 Pro, thanks to a gimbal that can rotate 90º to vertical orientation. This clip captures an interesting Utah landscape.

The screen also tended to darken on the DJI RC and had to be adjusted while flying. The 5.5”, 700 nit touchscreen on the RC Pro consistently stays bright, and the picture remains crystal clear, even when flying at longer distances.

The Mini 3 Pro’s camera has a 48MP, 1/1.3″ CMOS sensor (which we suspect is this sensor from Omnivision). It includes dual native ISO (two conversion gain modes), supports tone-mapped HDR footage (greater range squeezed into an SDR space) and is capable of capturing both 12MP and 48MP images. It uses a 24mm (equiv.) F1.7 fixed-aperture lens that delivers an 82.1º FOV. It rests on a 3-axis mechanical gimbal that can rotate to portrait orientation. First found on the original Mavic Pro, this feature allows users to shoot social media-friendly vertical images without sacrificing quality due to cropping from a landscape image.

You can use a few different modes to shoot photos: single, 48MP, AEB in brackets of 3 and 5 images, Burst Mode, and Timed Shots. SmartPhoto, introduced with the Mavic Air 2, which also offers 48MP photos, is not available on the Mini 3. This feature, which adjusts major elements including sun, skies, and trees, seems to have been discontinued.

While 48MP images contain more data and are higher-quality, you can only shoot them as a single image. Shooting in Burst, AEB, or Timed modes automatically gives you a 12MP shot. When you shoot 48MP, you should ensure you have your settings optimized as you won’t have several different frames to work with in post-processing.

The Mini 3 is the first sub-250g drone to offer 4K/60p video at 150 Mbps with either an H.264 or H.265 codec. It also shoots 4K/30p video in HDR. 1080p/240p Slow Motion video is available as well. It’s worth noting that shooting at any frame rate over 2.7K/30p will disable APAS 4.0 and FocusTrack. This means that stopping and bypassing obstacles, plus tracking and following subjects, is not possible while recording 4K video.

The D-Cinelike color profile is included on the Mini series for the first time. This means that more shadows and highlights can be recovered in post-processing. The drone can zoom in on subjects up to 2X when recording at up to 4K/30p, 3X with 2.7K/60p, and 4X in 1080p.

This video clip was recorded on the DJI Mini 3 Pro at 4K/60p.

As a result of the camera’s larger sensor with dual gain, and F1.7 aperture, the quality of the imagery captured on the Mini 3 Pro is superior to the comparable Mavic Air 2 and Mini 2. The color profile resembles that of the Air 2S or Mavic 3 series. Even in low-light situations, I didn’t get much noise or graininess in my imagery.

The Mini 3 Pro only has 1.3GB of internal onboard storage. Therefore, you’re going to want to remember to bring a Class 3 or higher microSD card with up to 512GB of storage. There’s a slot in the back of the aircraft to insert one, and there is also a place at the bottom of the RC Pro remote.

The Mini 3 Pro uses the DJI Fly app, which also powers the other Mini drones, Mavic Air 2, Air 2S and even the Mavic 3 series. First introduced in November 2019 with the Mavic Mini, the pared-down, intuitive interface showcases all the photo, video, and Intelligent flight mode settings on the same screen with a multi-tiered menu.

Toggling between Manual or Auto Focus, Zooming in or out without using the gimbal wheel, and switching from Landscape to Portrait orientation is straightforward. The three dots at the upper-right-hand corner of the app allow you to access more advanced settings, including D-Cinelike video mode, photo sizes and formats, gimbal calibration, and operating frequencies.

One feature that’s notably missing is ADS-B, which means no AirSense. Available on DJI’s FPV drone, the Air 2S and Mavic 3 series, AirSense notifies you when crewed aircraft are nearby.

DJI has equipped the Mini 3 Pro with ActiveTrack 4.0 for increased accuracy in tracking subjects during automated flights. There are three different ways to use this feature: Point of Interest (POI), Spotlight, and ActiveTrack. POI, which requires you to draw a box around a subject before it flies a complete circle around it, and Spotlight, a mode that allows you to fly the drone however you want while the designated subject remains in the center of the frame, work well.

This clip shows the Spotlight and Point of Interest (POI) features of the Mini 3 Pro.

Unfortunately, I wasn’t able to get ActiveTrack to work. Right now, DJI says that the Mini 3 will recognize either cars or people. The app said it didn’t recognize the subject when I tried tracking both. Hopefully, this issue gets rectified in a future firmware update.

The usual QuickShots, including Dronie, Circle, Helix, Rocket, Asteroid and Boomerang, are available on the Mini 3 Pro. Hyperlapse and Panoramas, which can be captured in various sizes and orientations, are also included and are functional.

MasterShots, introduced with the Air 2S and included on the Mavic 3 series, is also available on the Mini 3. This feature performs a variety of automated QuickShot movements, including Dronie, Helix, Boomerang and Circle. It then stitches them together automatically for an instantly shareable clip. Note that if you want MasterShots to stitch your clips together, you’ll need to do it with the version of the app on your smartphone and not the RC remote.

DJI gave the Mini 3 vertical shooting for effortless creation of social media-friendly content. What’s curious, however, is that you can only shoot photos and video clips in this orientation. Features like QuickShots, MasterShots, or Hyperlapse – all of which should be great for social media – don’t work in the vertical orientation.

I’ve had nothing short of a pleasant experience when flying the Mini 3 Pro. This little machine was put to the test and did not disappoint, for the most part. It’s also pretty quick to set up and lock on to GPS signal. Within a minute, you’re ready to take off.

The original Mavic Mini drone was quite noisy for such a tiny machine. The Mini 2 was improved, and this iteration is even better. There aren’t any shrill sounds upon take-off, and the drone flies as fluidly and smoothly as the Mavic 3 series or Air 2S. It really is a triumph in engineering.

While on a trip to a beautiful, remote and quite windy location, I put the Mini 3 Pro to the ultimate test. Launched in conditions with 50 km/h (31 mph) winds, the drone, which has 10.7 m/s (23 mph Level 5) wind resistance, handled maneuvers beautifully and held its own alongside two other Mavic 3 Pros I spotted flying in the same space.

The RC controller consistently delivers crystal clear transmission, and, for the first time, I didn’t lose my connection while flying a DJI drone. The unfortunate reality is ActiveTrack doesn’t seem to be working yet. FocusTrack is unavailable when shooting 4K footage or anything above 30 frames per second. However, capturing video is a breeze. It’s probably wise to adjust settings in-app first as the joysticks and gimbal wheels are sensitive and can make abrupt movements, even in Cinematic mode.

I truly enjoyed every single flight with this little drone and am very impressed with the design and resiliency.

The RC Pro remote supports both 2.4GHz and 5.8GHz frequency bands like its predecessor. There are four built-in antennas for enhanced connectivity. In ideal conditions, the Mini 3 Pro can fly up to 47 minutes with an Intelligent Flight Plus battery and 34 minutes with a regular one. The Mini 3 can travel at up to 58 km/h (36 mph) in Sport mode.