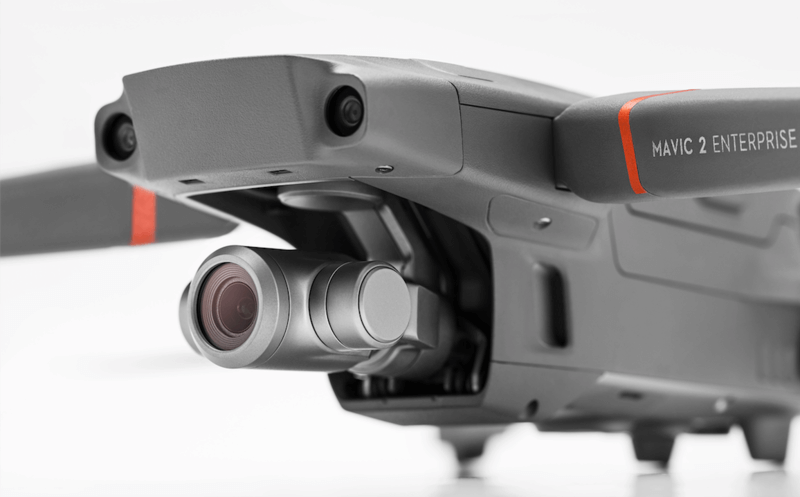 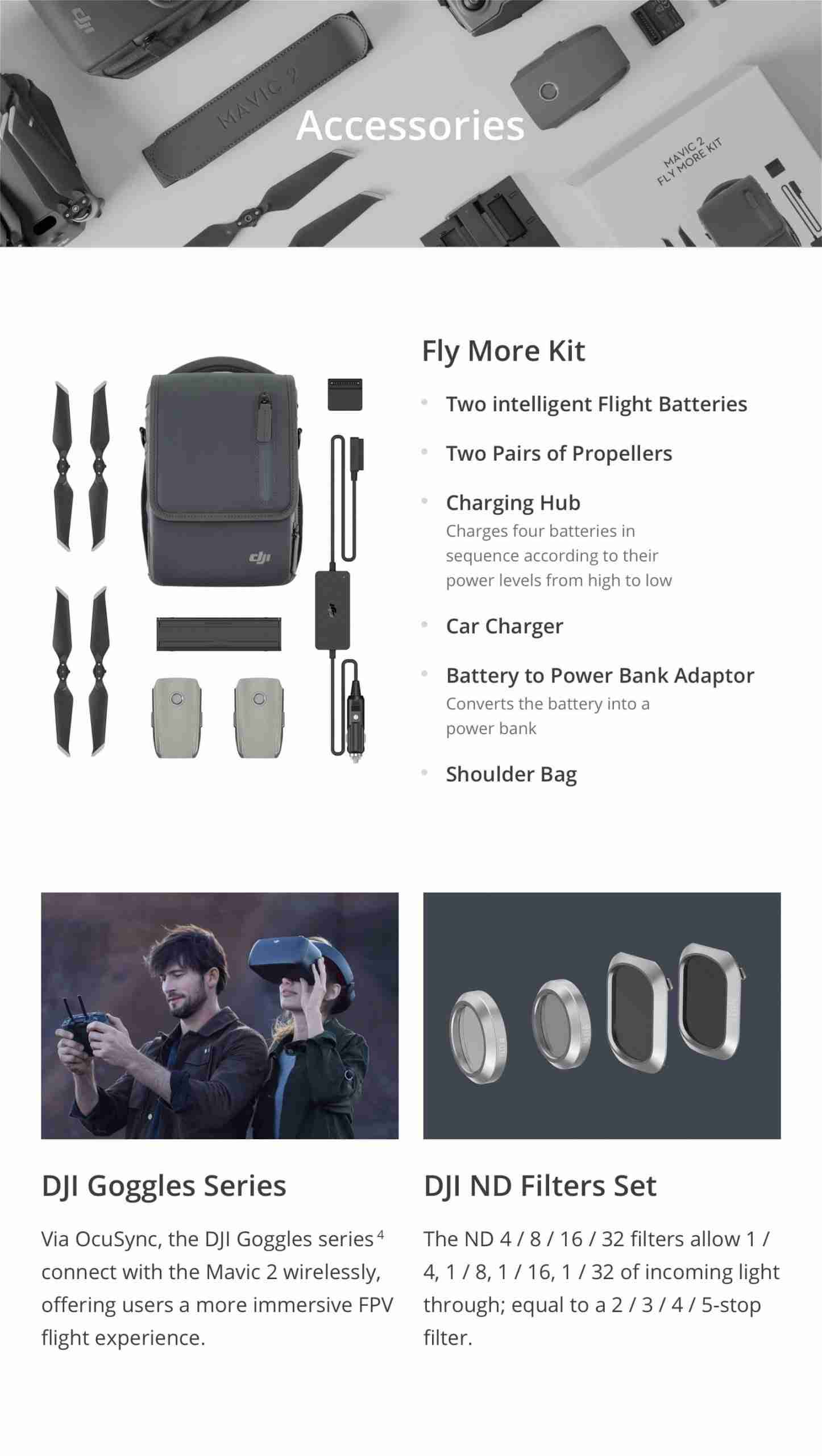 The Smart Controller has been engineered and designed to drastically improve your piloting experience and your ability to quickly connect your work with the world. With the Smart Controller, you can experience the joy of flying via a built-in 5.5″ screen that displays your gimbal footage and flight data in Full HD 1080p resolution. It’s also designed to be extremely viewable, even in direct sunlight, with 1000 cd/mВІ of brightness.

The DJI Smart Controller offers these and many other features. Traveling with the Smart Controller is made easier thanks to its detachable thumbsticks and slim form factor. It connects to your drone as soon as you turn it on, so you can start flying right away. Its robust construction lets you fly in extreme conditions, supporting temperatures ranging from -4 to 104В°F. And with a built-in 5000mAh battery, you can do all of this for up to 2.5 hours per charge. 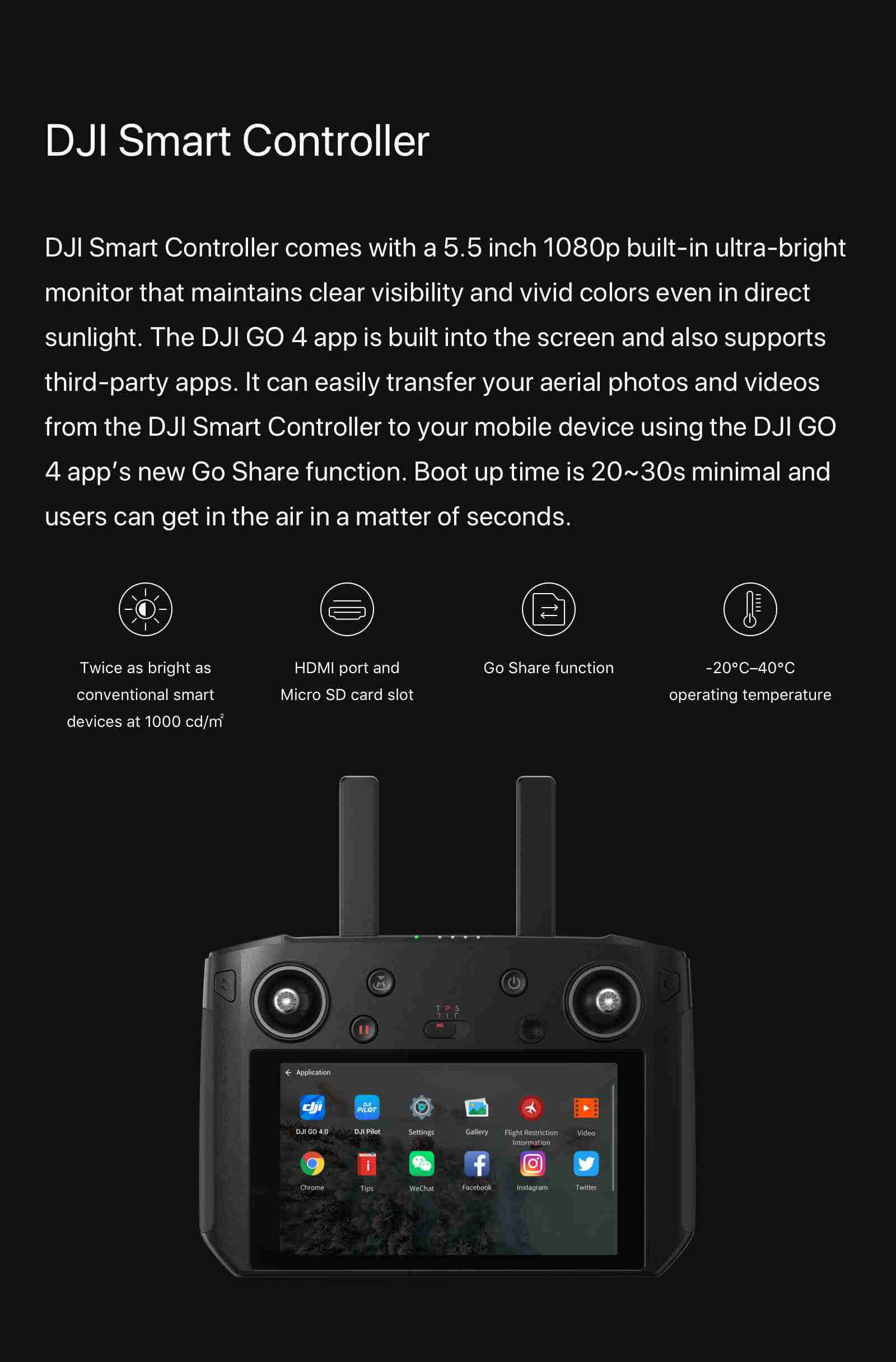 The DJI Mavic 2 Enterprise Zoom is a foldable, portable, long-range flying camera and accessory system that adapts well to uses by first responders and businesses that routinely inspect hard-to-reach assets.

This affordable quadcopter has a 2x optical and 3x digital camera, allowing a broader view or a close-up look at developing situations or infrastructure. The camera shoots sharp 12 MP stills and vibration-free 4K ultra-high-definition video. It transmits live video over its full 4.97-mile range in 1080p high definition. It stays aloft for up to half an hour.

A Mavic Lens that Zooms

The Mavic 2 Enterprise camera has an optical zoom lens with two focal lengthsвҖ”24 and 48mm in 35mm equivalent. Zoom capabilities mean personnel get a closer look without taking on added risk.

The Mavic 2 Enterprise camera has 2x optical magnification. Give the command through the DJI Go 4 flight program, and the focal length of the lens changes instantly. Bring objects visually closerвҖ”ideal for police surveillance, fire observation or industrial inspections. The camera also has a 3x digital zoom with minimal loss of sharpness.

Security of both the aircraft and data is paramount with the Mavic 2 Enterprise. If youвҖҷre recording evidence, you canвҖҷt afford to have it made inadmissible because an unauthorized person accessed and tampered with it. If youвҖҷre conducting inspections for your business or an industrial client, you canвҖҷt risk having that data stolen.

Both the aircraft and data recorded on the 4GB internal memory are password protected. Set the password manually, and change it periodically or when you change personnel. Without the password, no one can start or fly your Mavic 2 Enterprise, and no one can access the internal data youвҖҷve collected. 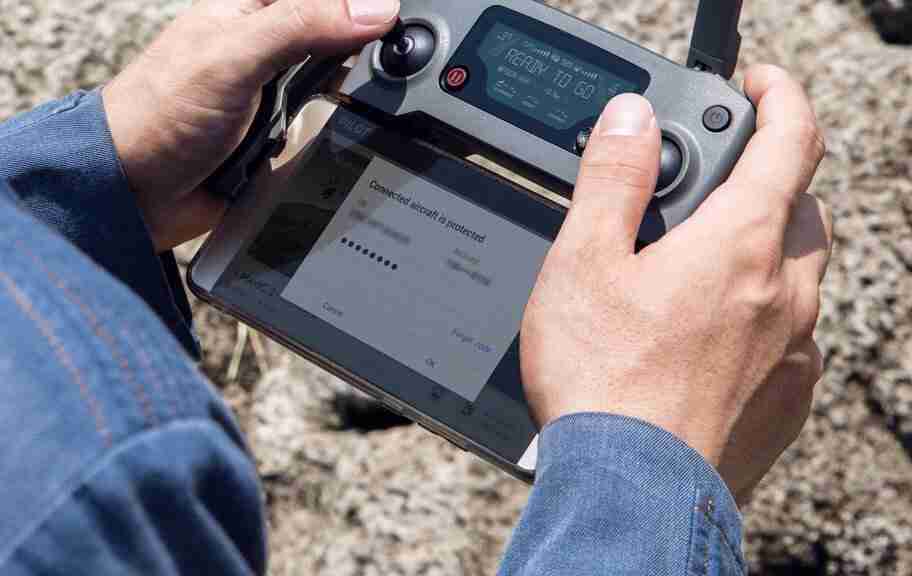 Mavic 2 Enterprise, like its Mavic 2 siblings, has Hyperlapse capabilities, a feature that enriches presentation videos. The droneвҖҷs camera shoots quality aerial photos and automatically edits them together into a timelapse with a twist: The drone can move while shooting and not just hover. Pre-programmed modes help.

TheВ FreeВ setting lets you control the drone manually.В CircleВ lets you draw a circle around your subject and follow that course after determining the interval of shots and the duration of the shoot. WithВ Course Lock, select a point on the map, fly to it automatically and make adjustments you may want along the way. UsingВ Waypoint, designate multiple points on the map, and the Mavic 2 Enterprise flies to each, making a timelapse of each and of the whole flight.

Never guess as to having enough battery reserve to complete the task. OcuSync 2.0 warns you as you set the program if you wonвҖҷt have enough power to take the shots and complete the Hyperlapse flight. 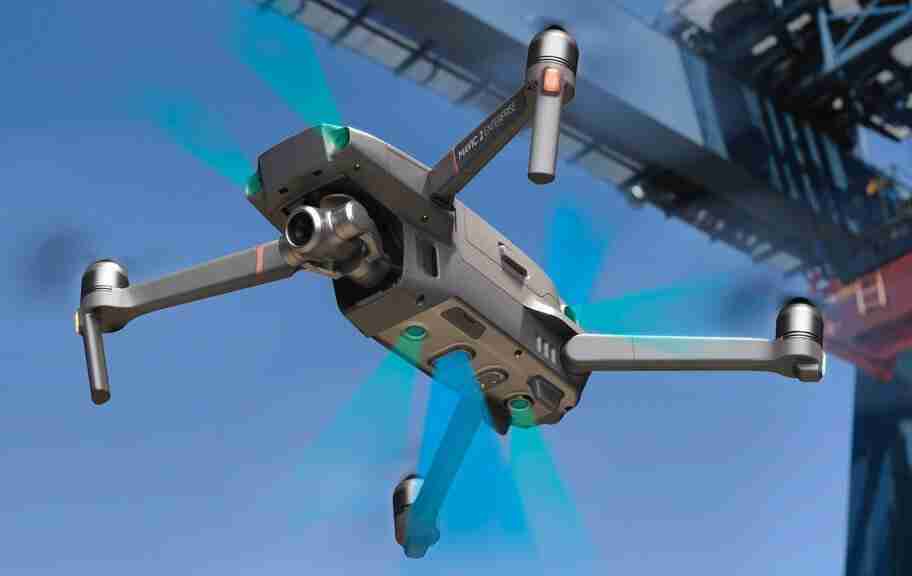 DJIвҖҷs high-performance gimbals cancel out drone movement, mechanical vibrations and wind effects, and the gimbal on the Mavic 2 Enterprise is no exception. Go into difficult situations with confidence that the 3-axis mechanical gimbal will provide stable, shake-free video, even though conditions make smooth flight difficult.

Performing inspections in a crosswind? Recording a wildfire being fed by gusts? Conducting surveillance on a car thatвҖҷs making sudden moves? The Mavic 2 Enterprise gimbal will account for the droneвҖҷs unwanted movements, resulting in clear, shake-free imagery.

First, thereвҖҷs satellite positioning with GPS so that you can send your drone back to a precise spot to resume a shoot, surveillance or an inspection. The Task Library allows you to save a shoot so that you can repeat it almost exactlyвҖ”the route flown, the altitude, the drone movements and the photos/videos recorded. 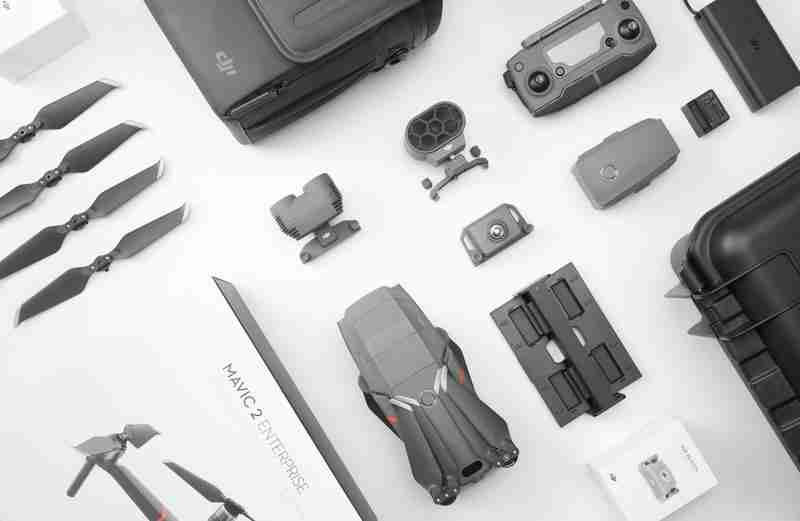 The imaging system has been developed with two goals in mind: assisting pilots in close-rangeВ missions, and ensuring captured data is more relevant and trusted than ever.В Improved FlightAutonomy gives you omnidirectionalВ obstacle sensing, an advanced sensing systemВ comprised of 8 high resolution vision and 2 infraredВ sensors placed on the sides of the aircraft. TheseВ powerful set of sensors work together to determineВ the relative speed and distance between the aircraftВ and an object, so you can fly and hover with moreВ stability than ever in a wide range of open andВ complex environments.

WhatвҖҷs the difference between Mavic 2 Series and Mavic 2 Enterprise Series? 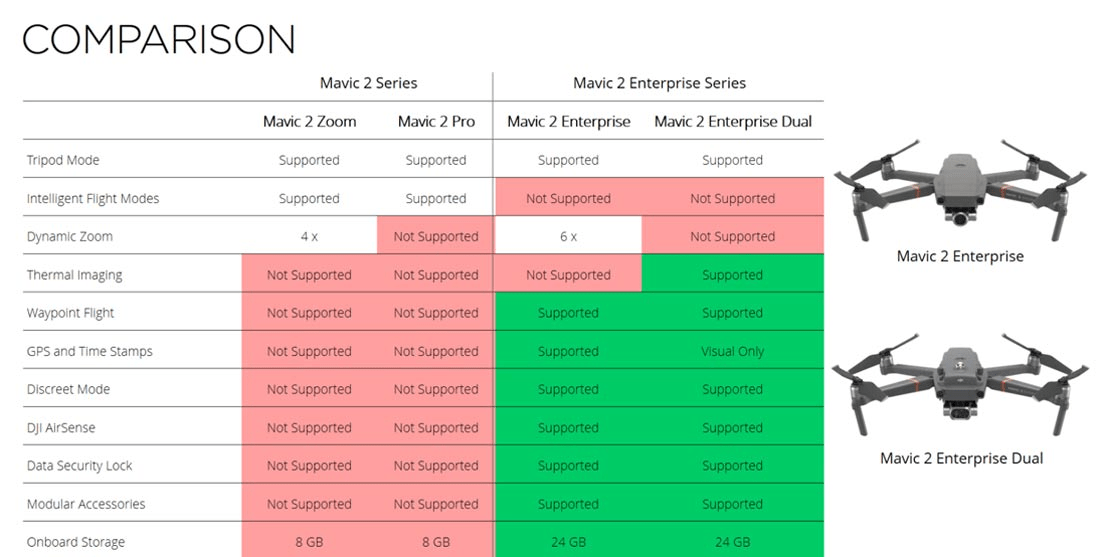